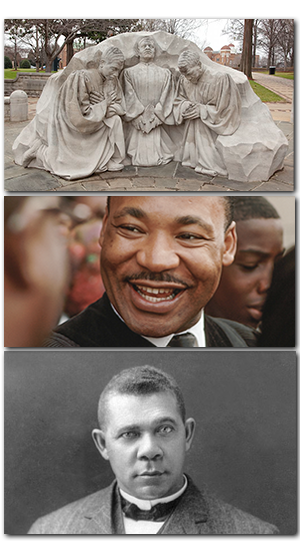 Check out some of the multimedia available for the writing and publication of books by Robert J Norrell:

An Interview on NPR about Robert J Norrell's novel, Eden Rise with Greg Bass from WBHM in Birmingham in 2013:

Robert J. Norrell at the Jepson Leadership Forum at the University of Richmond in 2014 for a discussion on Conflict and Race. Norrell's lecture "Souls of Black Leaders: The Rival Strategies of Booker T. Washington and W.E.B. Du Bois" was part of the Forum's lecture series "Into the Fray: Global Perspectives on Conflict."

Robert J Norrell is interviewed on C-Span about his book on Booker T. Washington, Up from History in 2015. He discusses the activist’s political and social ideologies and the criticism he endured from African-American intellectuals, including W.E.B. Du Bois.

Don Forsyth, Professor of Leadership Studies at the University of Richmond, sat down for a Conversation with Award-winning historian Robert Norrell in November 2014.

"Race Does Matter," in Virginia Quarterly Review, a Journal of Literature and Discussion, Spring 2001.

Kirkus Review on Alex Haley and the Books that Changed a Nation, July 28, 2015